1) The Father of Tulips who Built the Tulip Kingdom

At Tonami City, 3 million tulips bloom when “the Tonami Tulip Fair” is held in spring. This is one of the largest tulip events held in Japan. Tonami City grew into one of Japan’s top class production locations of tulip bulbs because of the efforts and challenging activities undertaken by a certain man.

His name is Mr. Bunzo Mizuno. He was born as the first male child of a poor family of farmers.
As it snows heavily in the region during winter, it was originally said that the harsh climate of Tonami City made the city suitable only for growing rice.For this reason, many farmers went to other regions to work during the cold months when crops couldn’t be grown.
Bunzo had always dreamed of improving the lives of farmers. One day, he found out about tulips while looking at a catalog of flowers. Bunzo realized that people could plant tulip bulbs as an off-season crop during the period when rice couldn’t be grown, in other words, during winter. He ordered 10 bulbs right away and planted them in the corner of a rice field; as a result, bright red tulips bloomed in spring. Thinking that he would give it a try, he took the tulips to the market. To his surprise, he made 50 sen for the 10 tulips – an amount worth approximately 1.5kg of white rice. 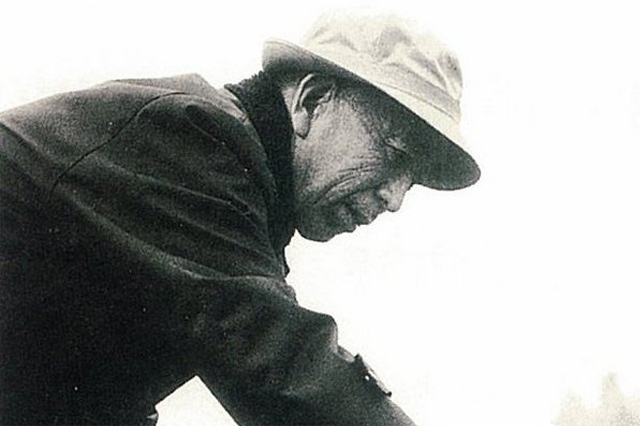 Triggered by this experience, Bunzo started full-scale tulip production.The cold weather of Tonami in winter suppresses diseases peculiar to tulips and the accumulated snow that melt in spring provide plenty of water around the time tulips bloom. Furthermore, the soil of Tonami is optimal for growing tulips as bulbs grow large in well-draining soil. Bunzo went out and about to tell everyone about these facts. Before long, many farmers supported his ambition to grow tulips in Tonami and began tulip production as an off-season crop during the period when rice couldn’t be grown. 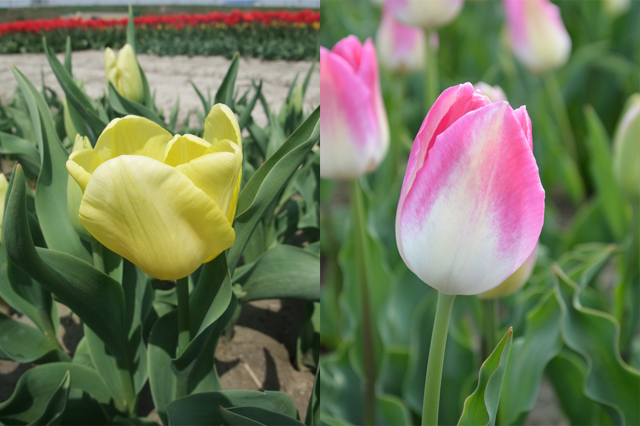 In order to expand tulip production, Bunzo also engaged in selective breeding. It is said that it takes five years to grow tulip bulbs from seeds. Accordingly, it takes an extended period of time to create a new type of tulip. However, Bunzo concentrated on nothing but tulips and continued to engage in selective breeding patiently and earnestly. As a result, he succeeded in creating seven new types of tulips including Okan (crown) and Tennyo-no-mai (the dance of a celestial maiden). In this way, tulips began to represent Tonami. Bunzo’s hope to improve the quality of life in Tonami turned the city into a place where an abundance of beautiful tulips blooms every spring.

Tonami’s tulips are currently blooming in lands across the ocean. This location is Chiayi City, Taiwan.
Tulips do not bloom in regions where they cannot experience the winter chill. Located further south than Okinawa, the growing environment of Taiwan is harsh for tulips as the country’s average annual temperature is 23 degrees Celsius and temperatures never drop below 10 degrees Celsius even in winter. For this reason, tulip bulb growers had not expanded their activities into warm regions.
However, a project was launched in 2015 to make Tonami’s tulips bloom in Chiayi City, Taiwan-based on the relationship that we had been building over the years. 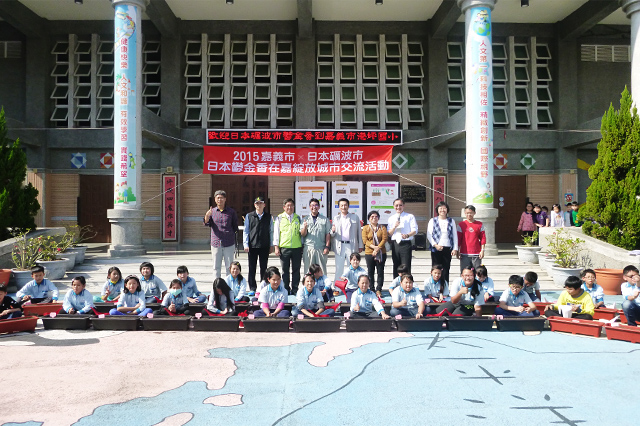 Tonami City officials and members of the project of Toyama Bulb Growers Association made an attempt to plant bulbs that underwent cold temperature treatment. In other words, they took bulbs that had experienced the winter chill once. In previous tulip growing experiments in Okinawa, tulips successfully bloomed in experiments that used bulbs that had underwent cold temperature treatment.Tonami citizens took 8,000 tulip bulbs of 15 kinds from Tonami City to Taiwan. At the end of December, 60 local Taiwanese elementary school students planted the bulbs in planters. 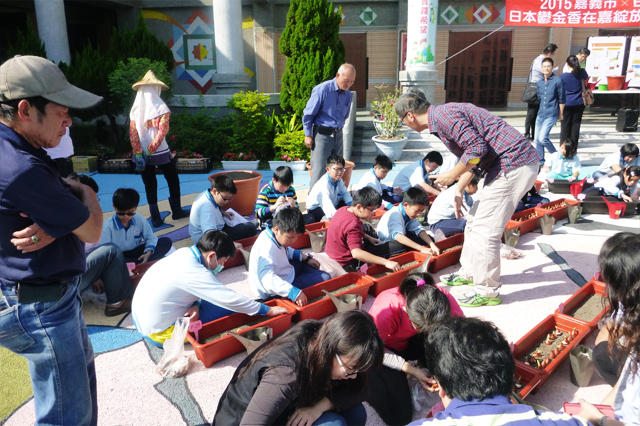 Then came February.Just around the time when Taiwan was celebrating the Chinese New Year, Chiayi City was vividly decorated with robustly blooming tulips.

3) A Flower Native to Turkey with a Turkish-derived Name

Perhaps many people think of the Netherlands when they hear the word “tulip.”
Actually, tulips originally come from Turkey. They were introduced to the Netherlands in the 16th century.
Tulips were used as the motif of many buildings, clothing, and handicrafts created during the period of the Ottoman Empire, speaking of the enduring popularity of this flower since those times. 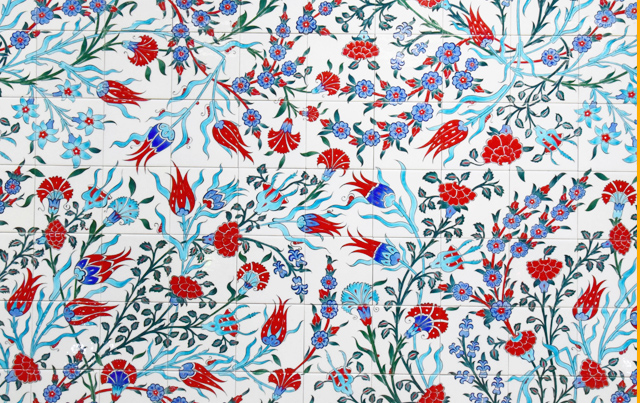 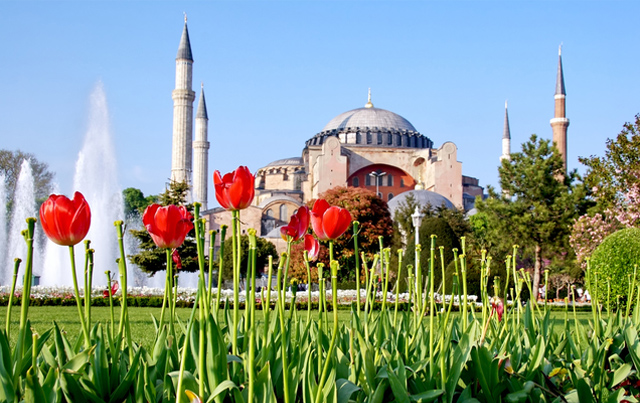 While there are various views, some argue that the name “tulip” derives from the Turkish word “tulipan” which means turban. It is said that this came about because of a minor misunderstanding between a translator and an Austrian diplomat.
An Austrian diplomat found a flower on a street and asked a Turkish translator, “What is the name of that flower?” “Are you asking about this flower that looks like a tulipan (turban) wrapped around people’s heads?” asked the translator. By this, the diplomat mistakenly thought that the name of the flower was tulipan. Apparently, people began to call the flower “tulip” following this incident.

Tulip is the national flower of Turkey; even today, numerous tulips are planted across towns.

4) The Charms and Values of Tulips

The tulips that came from Turkey to the Netherlands immediately became extremely popular because of their adorable appearance.
In the early 17th century, growing tulips was a sort of status symbol for the royalty and nobility. Because they purchased expensive tulips one after another, growers put a lot of effort into tulip production and selective breeding.

Consequently, some citizens viewed this trend as a chance and ventured into growing bulbs.
The popularity of tulips kept growing and the price of bulbs kept rising. Rare tulip bulbs were so valuable that they were traded for one house.
This bubble period lasted for about three years from 1634 until the beginning of 1637. The tulip bubble that caused great chaos in the Netherland is said to be the world’s first financial bubble.
Tulips had fascinated people to this extent! 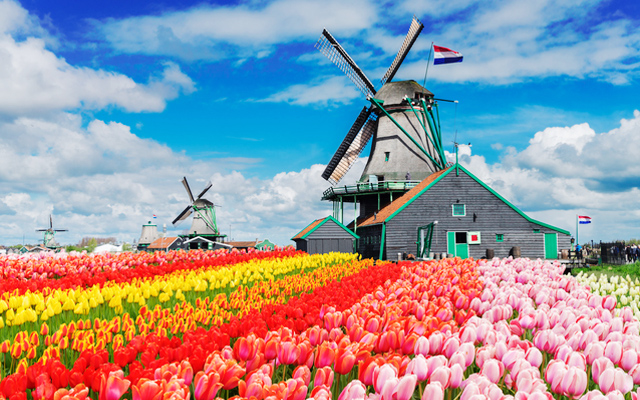 Singapore Spring 2014 Issue, The Japan Singapore Association
The Tulip: The Story of a Flower That Has Made Men Mad ,Anna Pavord, TAISHUKAN Publishing Co., Ltd.

Do you remember the song “saita, saita, churippu-no-hana-ga (bloomed, bloomed, the tulip flower)?” Perhaps there are many who have sung this song many times when they were young. Tulips also appear in many pictures drawn by children.
The lyrics of the Japanese children’s song Tulips was written by a woman named Mrs. Miyako Kondo who lived in Setagaya Ward. Married to a Japanese language and literature teacher, Mrs. Kondo wrote the lyrics for many other children’s songs including Koinobori (Carp streamers*) and Ouma (The horse). Mrs. Kondo commented that she embedded her wish for people “to accept each other because each and every one of any color has good traits and to keep a watchful eye on vulnerable people” into the lyrics “donohana mitemo kirei-dana (every flower is beautiful).” 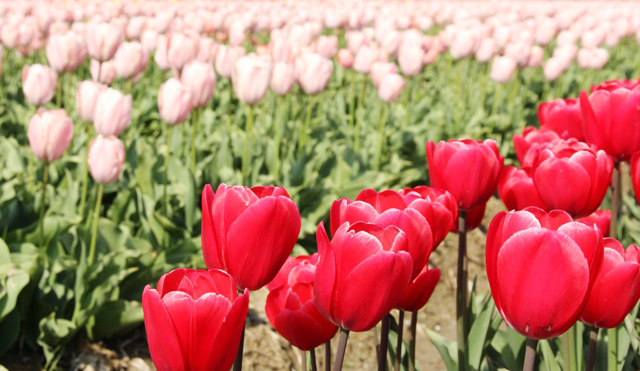 When we hear or sing this song, we can feel the affectionate thoughts of a “mother” embedded in the lyrics.